As I mentioned in a comment on Mark Perigard‘s blog the other day, I’m still collecting olf Justice League of America and Green Lantern issues from the 60s and 70s, and recently picked up JLoA #113 and #114, two of the 100 Page Giants that DC were doing in the mid-70s.

Flipping through the issue made me realise just how different things are these days, over 40 years later. As well as an all new story featuring the League, a Justice Society reprint and another reprint from an early issue of JLoA (the classic Crisis on Earth-Three), #113 also had a handful of other . . . errr . . . features like the quiz about which boots the League members wear.

Seriously – this was a big enough deal that it was promoted on the cover!! 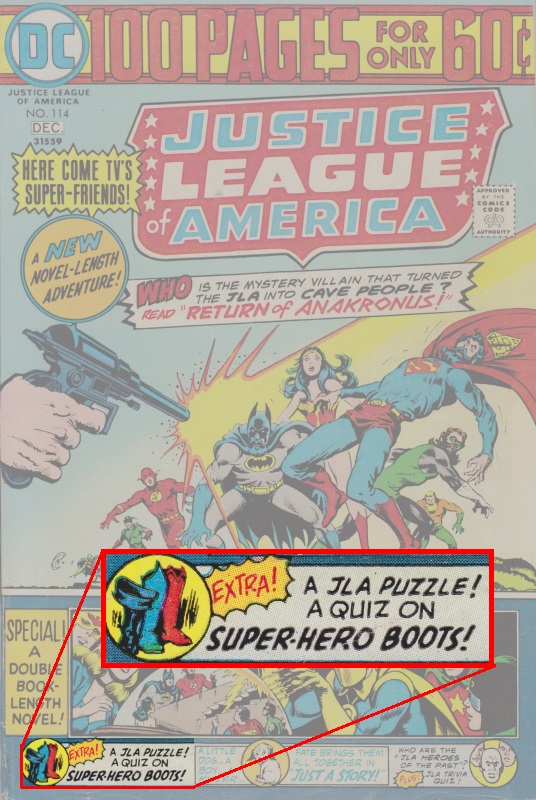 I’m guessing this was long before DC started bragging that comics weren’t just for kids.

Of course, I can’t mention this without offering you the chance to compete, so here’s the quiz – remember, you need to think as though you’re reading this in 1975. Answers after the fold. 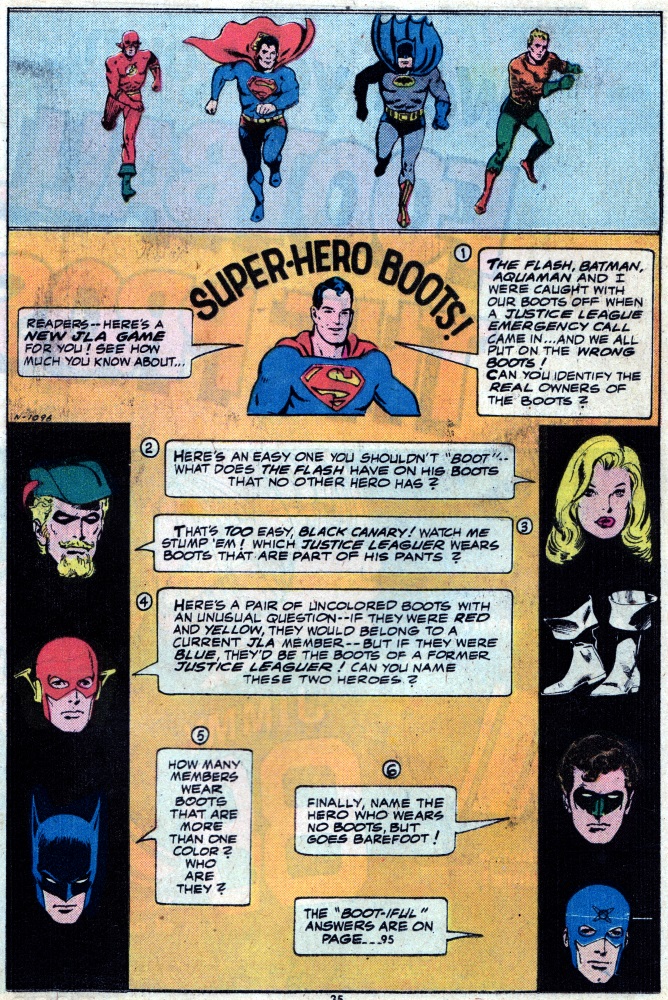 Have your guesses ready? Click below for the answers. 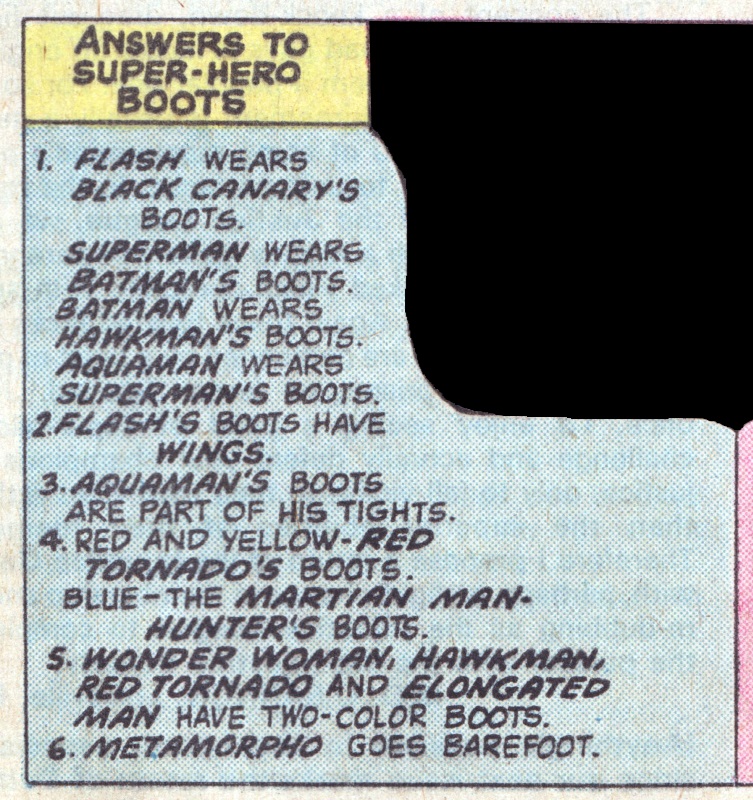