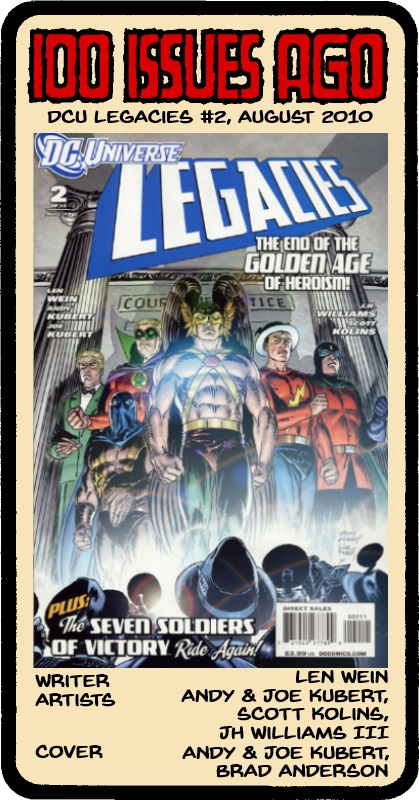 I came across this “100 Issues Ago” panel in an old Justice League of America and thought I’d tidy it up and re-purpose it. If one month = one issue, what was I reading 100 Issues Ago?

DC Universe Legacies was very much in the spirit of the Marvels series that . . . er . . . Marvel had produced a few years before. It took a policeman from Metropolis, Paul Lincoln, and focused on him and his family as he recounted the big events of the DC Universe, essentially giving us a timeline of the DCU and how a normal person remembered them or was affected by them. This issue above, complete with lovely Kubert cover, dealt with the Justice Society of America’s retirement.

While I’ve often found Len Wein’s writing to be hit and miss, I do remember this series fondly, perhaps because I like the DCU it described – just a few months after the final issue, the New 52 would be launched and basically wipe out most everything covered in the ten issues of this series.