This was the one that, after I did it, I decided I had to own the issues rather than having them marked in my database as wanted; I could only find a low-res scan of the Green Lantern cover, hence the size: 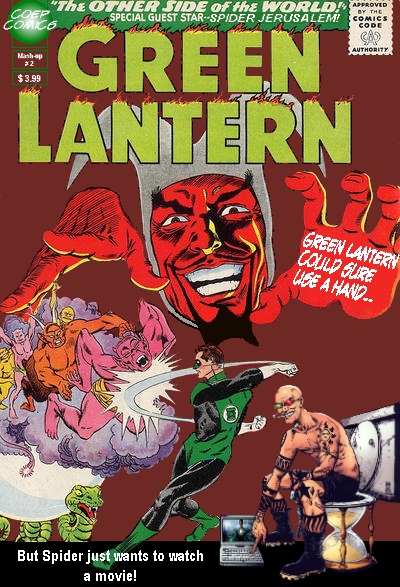