Back on my old blog, I ran a series of related posts on Mondays and I’ve been wanting to do something along those lines here.

So, and I admit to being HUGELY influenced by the wonderful Super-Team Family blog which has been doing this for years (and a lot better) on an almost daily basis, I’ve mashed up a few comic covers.

Each week I randomly generate two years and two months and then compare the titles I own from both those dates, trying to find some covers that, with a little basic photoshopping, I can mash together, and then I force the results on you lovely people. 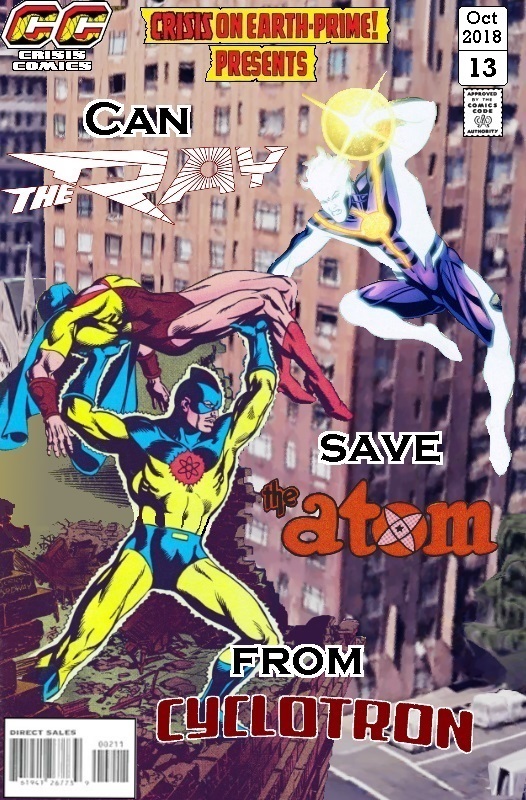 Old school meets new school as the New 52 Ray clashes with the Earth-2 Cyclotron in an effort to save the original Atom.

The New 52 Ray mini-series wasn’t bad and, with the Phantom Lady and Human Doll series that followed it, it looked like there was going to be a new iteration of the Freedom Fighters, but sadly that went nowhere.