Her big red hair and chainmail are iconic, and I felt strongly they needed to carry the look but be modernized. Keeping her hair big but out of her face seemed practical, and the idea of the chainmail tank rather than bikini was a suitable update.

The redesign Scott came up with works a treat – here it is on the left with the cover of the first issue by Jay Ancelato on the right: 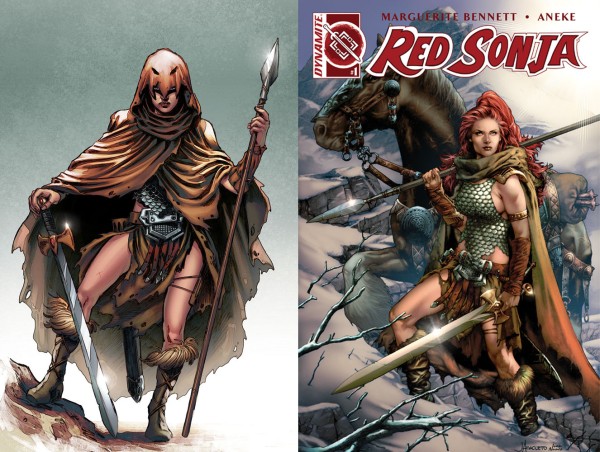 I didn’t pick up the series though I did get the Dejah Thoris series – and regretted that due to Frank Barbiere’s dreadful dialogue and plotting.

Yesterday, though, I was flicking through my feed reader and came across this article about a new writer, Amy Chu, launching a new Red Sonja series in December. The thing that struck me most was the image they used from new series artist Carlos Gomez: 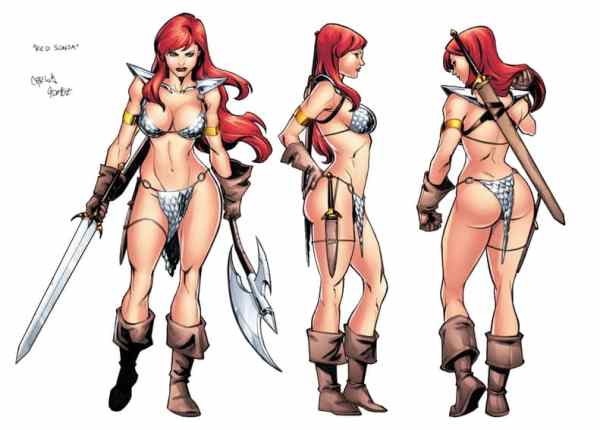 So we’re back to the chain mail bikini that offers no protection but shows off Sonja’s tits and arse again? What happened to Nicola Scott’s “idea of the chainmail tank rather than bikini“?

I’ve no objection to the female form but if you’re a warrior – male or female – and you’re heading in to battle against someone clutching a big sword and/or an axe, would you not want to have as much protection as possible?