And when I say “assembled” I mean literally put together by my own fair/gnarled hands: 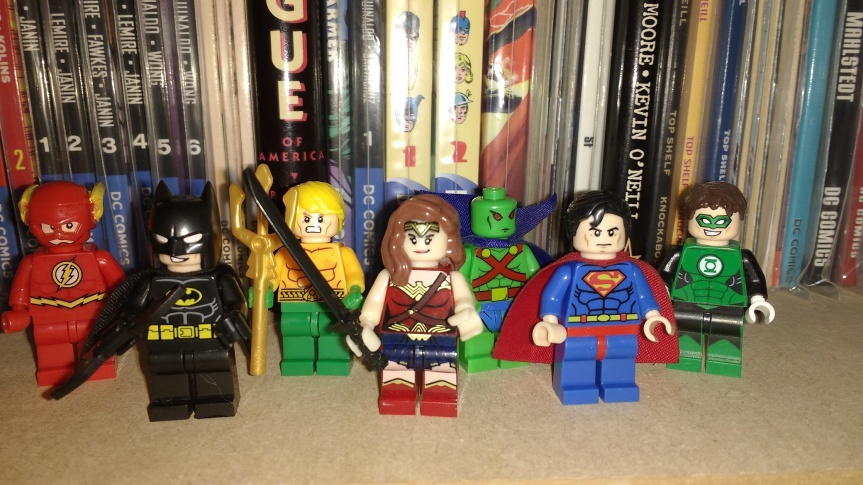 We all know the minifigs are the best part of Lego sets but to get a full set of Justice League figures would cost hundreds of pounds, which is money I don’t have . . . at least not to spend on myself. Sure, over the years I could buy sets for my nephews to get hold of the figures . . . but then I’d have to steal the minifigs from them and that would put a serious dent in my cool/weird uncle status.

Instead, I headed to ebay and found numerous sellers selling “custom” figures which makes me think they’re not entirely authorised but what the hell, eh? Twenty quid later and I have the Justice League in Lego minifig form stood on one of my shelves – not to mention the bonus Blue Beetle, Hawkman and Darkseid figures I picked up as well just for the hell of it. 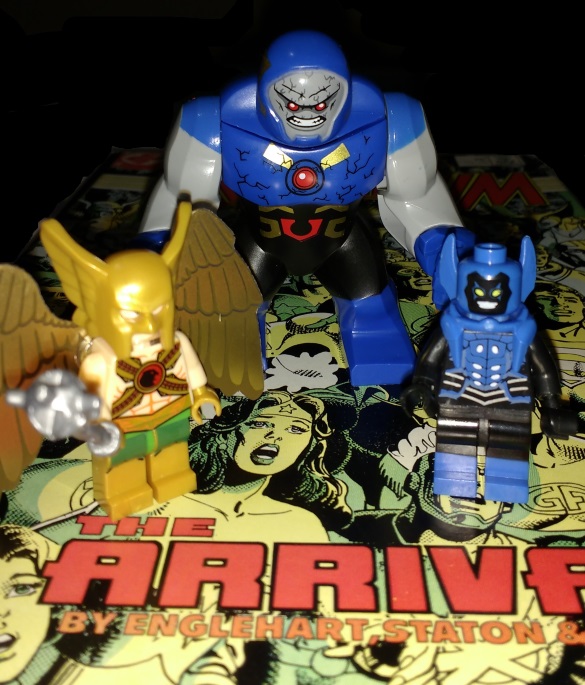 I fear I may have inadvertently started a new collection . . . Justice Society next, maybe? Or the Secret Six for Mrs Earth-Prime?

Either way, I can take comfort from the fact that I can always blame my mate Spike for last year’s Christmas present. It’s all his fault.