I’ve seen a couple of articles on the net following this exchange in Justice League of America #7:

It shows that Ice and the Justice League International are back in the DCU; they’re part of the Rebirthed history although, to be fair, it doesn’t say which JLI. Everyone’s jumping to the conclusion that it’s the classic Giffen/DeMatteis era but it could just as easily be the Dan Jurgens written JLI from the New 52.

While I admit it’s a nice development, this wasn’t what caught my eye in this issue.

As you can see above, Atom and Killer Frost are in the wonderfully named Museum of Unnatural History trying to find a cure for her condition when they’re attacked by a guy who hasn’t been seen for many, many a moon – Terrorsmith, one of the villains created in the original Bloodlines event from 1991. And it is that original event, not the Bloodlines series from last year that had next to nothing to do with the 1991 crossovers as Terrorsmith himself explains:

Yep – aliens, necks, and spinal fluid, all the classic Bloodlines ingredients. And if there were any doubt left, here’s what he was looking for in the Museum: 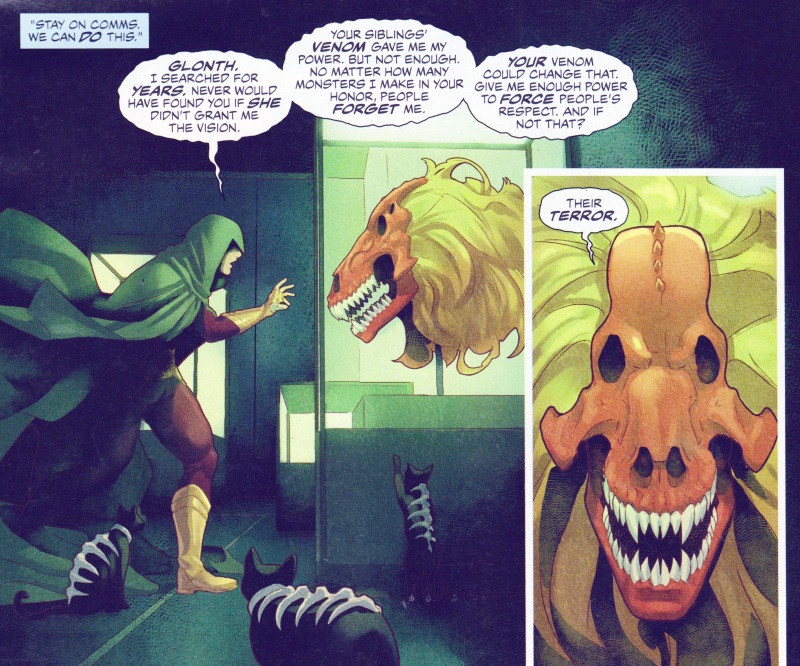 Glonth, one of the original Bloodlines parasites.

So yeah, JLI and Ice are back in the Rebirth DCU . . . but so is the Bloodlines event and all the terrible, terrible metahumans it created.