So the new Aquaman film poster’s been released . . .

They’re clearly going for a “Hey, Aquaman’s king of the seas, he fear no creatures” sort of vibe but the difference in colour between Aquaman and the background, not to mention the clear cut between the rocks/coral he’s sitting on and the background just makes it look more than a little fake.

There’s just no real sense that he’s actually in the same water as those sharks and whales and things. 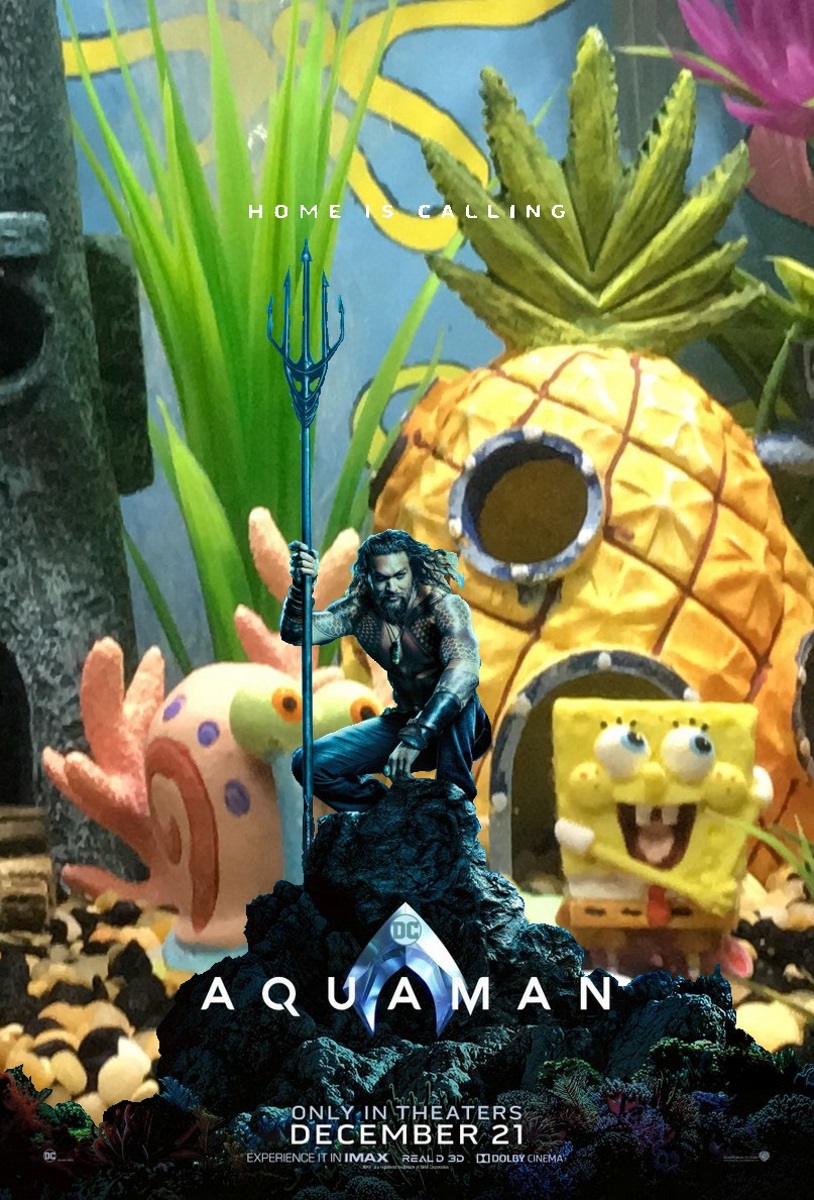