Hey, remember when Wolverine was in every comic being published? Well he certainly does . . . and he’s not happy. 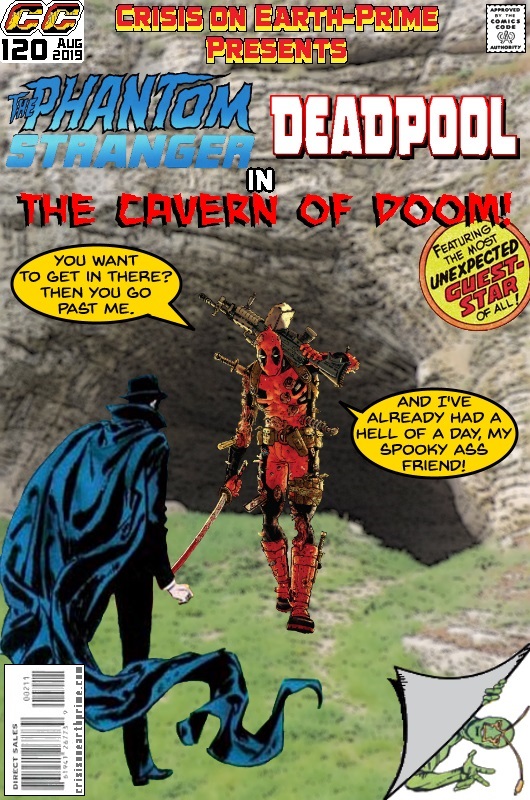 Okay, hands up – who wants to see Ambush Bug and Deadpool together? And sure, why not, let’s throw in the Phantom Stranger as a counterpoint to the inevitable weirdness.

I came across this “100 Issues Ago” panel in an old JUSTICE LEAGUE OF AMERICA and thought I’d tidy it up and re-purpose it. If one month = one issue, what was I reading 100 Issues Ago?

For me, it was a delight – I’m a fan of Giffen’s work and will give most of his stuff a try, and I happen to think Ambush Bug is a perfect fit for the team.

Join 79 other followers
Follow Crisis on Earth-Prime on WordPress.com